Charlotte Mars is an Australian filmmaker. She made both the feature documentary Gayby Baby (2015), which had premieres at Hot Docs, Dok Leipzig and BFI Film Festivals and was selected for Good Pitch Australia, and the TV documentary Growing Up Gayby (2014), which was broadcast in Australia on ABC2, with Maya Newell. Together they started a company called Marla House in 2013 for the production of female made screen stories. She is currently living in Berlin working on her first fiction feature.

Independent filmmakers do not tend to hide the inherent biases in their work. We embrace the personal connection we have to our film or its politics. We say: this is where I’m coming from, this is why I think it matters. Conversely, mainstream media does the opposite …It presents itself as a provider of ‘facts’ free from bias. 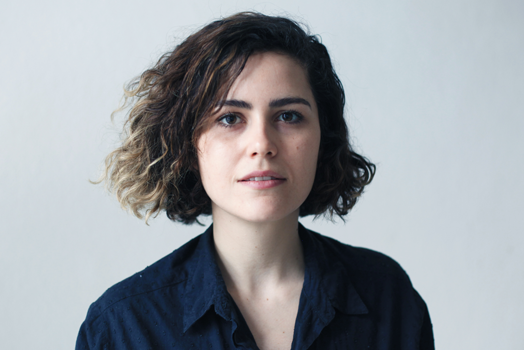 With Gayby Baby, we were making a film that sat within a very particular political climate; the world has been debating issues around same-sex families and marriage equality for the last ten years or so, and within that debate, conservative voices always fall back on this idea that ‘children need a mother and a father’. There is an underlying fear that if we allow gays to marry, they might have children. What would that mean? Should it be allowed? Would the kids grow up to be different, or even … gay?!

But of course, these kids already exist and have done for a very long time. My good friend Maya, who I made Gayby Baby with, has lesbian mothers. She grew up hearing people talk about her ‘type of family’ – but nobody ever took the time to really find out what her family life was like. We decided that it was time the ‘Gayby’ kids spoke for themselves.

Importantly, within our film we avoided any overt political statements. You never hear any facts or experts. We just wanted to share the stories of the kids, because we believed that within stories even the most vehement opposition could be given pause to reconsider their views. Essentially, the intention of the film was to replace the political rhetoric with the personal.

By the time we were finishing Gayby Baby, the idea of releasing it as a movie was only half the story … In the years making the film so little had changed, particularly in Australia, so we wanted to put it to work with policymakers and educators, using it to inspire and inform the national conversation (even if it was just about getting a politician to have a private screening of the film, we felt this could be valuable in the overall picture).

So we took part in a Good Pitch2 event. Good Pitch2 connects social impact documentary makers with organisations and individuals to build coalitions of support. Since participating in the event, and with the help of funders and partners, we have used the film to give politicians, public figures, and audiences around the world an insight into the same-sex attracted family unit. In Australia, we even took a group of Gaybies to Federal Parliament to answer questions share stories with political leaders.

Despite all these efforts, it was difficult to gauge immediate ‘change’ as such. Though there was a swell of support for the film and we were receiving very supportive responses from politicians, only those who were already supportive of LGBTIQ issues would make public statements. Politics (we discovered) is a long and slow-moving game … But then sometimes things more incredibly fast and unexpectedly. This happened in August 2015:

As part of Australia’s ‘Wear It Purple Day’, an annual day of celebration for LGBTIQ young people in schools, we offered preview screenings of Gayby Baby to participating schools. We felt the film was a great fit for the day’s message and the timing meant it was just days prior to our national cinema release. Around 40 schools registered to have a screening.

But two days out from Wear It Purple Day, our major national newspaper, the Daily Telegraph, ran a cover story citing a ‘gay class uproar; in one school that had planned a screening – commentators were outraged schools would show a film that ‘promotes a homosexual lifestyle’. Government ministers responded by preventing screenings across the entire state. As the public debated the situation, media went into overdrive, a big protest was held and a state vs. state battle erupted, as another state leader declared the film welcome in his state’s schools …

The film became a catalyst for this very powerful political and media moment. The social and creative value of the film was debated on the Australian floors of parliament – its censorship seeming to represent the ugliness of a political system that promoted intolerance.

While it was devastating to witness the conservative ‘attack’ on gay families and the censorship of our film, it’s clear that an important conversation was opened by the furore. It also crystallised how sometimes change is ugly, and that you have to ruffle some feathers to make a difference. Interestingly, I am not sure that the film itself did the ruffling; it’s a sensitive, warm, and tender film, but the idea of it caused a vicious debate amongst people who had not seen it – and that is incredibly telling of the world these Gaybies are growing up in.

Perhaps it’s best said by this reviewer: “The film comprehensively demolishes the myth that same-sex couples harm children. How? By being thoroughly unremarkable. That’s what’s so stunning about the film – apart from staring down national bigotry every day, these kids lives are otherwise extraordinarily ordinary.” (Chris Graham, New Matilda)

While Maya and I have a very clear position on where Gayby Baby came from, and the political issues that underlie it, we never sought to hide those things. The film may not be political, but the world is, and we sure are. And maybe that’s the closest we can ever get to the ‘truth’ in documentary: an honesty about our perspectives, differences, and processes.

We still do not have marriage equality in Australia. But the issue of Gayby Baby and its censorship was covered by every major newspaper, hundreds of articles were written about the film, and several politicians used the moment to stand on the floor of Federal and State Parliament, and speak passionately about the treatment of diverse families in Australia … That kind of visibility had never existed before and it’s incredibly humbling to think that a relatively small film could have helped create such a swell.

Matt, one of the boys in the film, met a previous Australian Prime Minister during the making of Gayby Baby. Years later, the day after the film was censored, she announced her support for gay marriage for the first time. I like to imagine Matt had something to do with this.