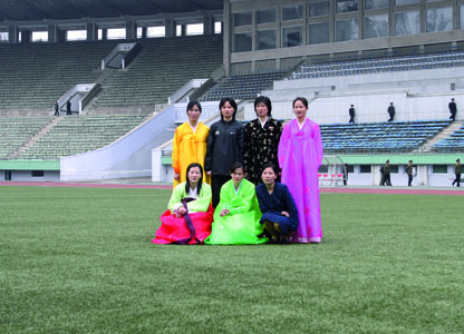 Pyongyang, North Korea. Sport as passion, but also a weapon against the enemy. The winners make the general and the comrades happy. Brigitte Weich follows the successes, defeats and friendships of four North Korean women soccer players over a period of five years. “When you step onto the pitch it’s like you can enter another world,” says one of the women. In a country that is cut off from the outside world, perhaps sport deserves its reputation for transcending borders. At least for a short time.