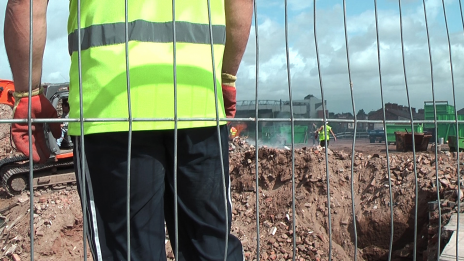 “So you actually got a living model of how not to do it.” Until the 1950’s, the Liverpool districts Everton and Anfield were among those with the highest population density in Europe. The streets today bear witness to unemployment, deterioration, and very little visionary urban renewal. Klopf opens up variable perspectives on the problem in conversations and detailed observations. The ones responsible for the noticeably quick degradation of what were once lively structures are easily found – They: the government, the football club, and asocial residents…