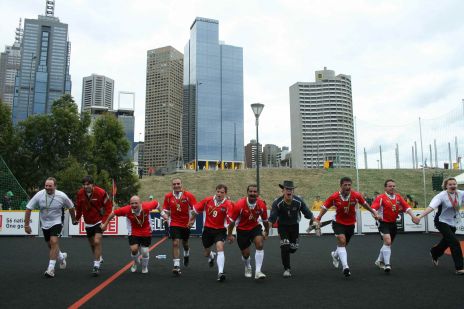 The Homeless Street Soccer Cup, the championship for homeless people, asylum seekers, ex-drug addicts and recovering alcoholics. For many of the participants, the competition represents the first step back to an ordered existence. Kick Off accompanies the Austrian team during its preparations for the tournament in Australia, where they begin to rebuild something of their self-esteem and pride – characteristics that will make possible a long-awaited new start for their lives.