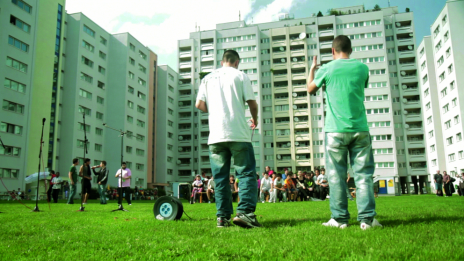 Nazar is from Vienna. Nazar is a rapper. And Nazar is “Schwarzkopf”, that means young, male, and from a migrant background. Many of his friends are unemployed and have the occasional run-in with the law. Nazar himself is in detention pending trial during the making of this film. Regardless or because of this, for many, Nazar is the one Schwarzkopf who made it. His sometimes angry lyrics do not necessarily reflect a crude ghetto demeanor. This film is about identity, longing, and a new generation of Viennese.