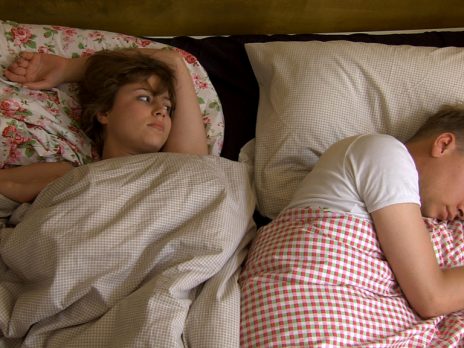 Adams Ende is a coming of age story of people who are already adults. Torn between emotional dependency and physical attraction, Adam grows desperate between what his long-term relationship with Anna and the temptations his childhood pal Conrad offer, living a bachelor’s life indulging in occasional jobs, parties and one night stands. Adam progressively fails in disentangling the turmoil of jealousy and attachment. While comparable stories easily drift into conventionalities, Wilhelmer succeeds in restlessly impelling his young actor quartet – until nothing is the same anymore.