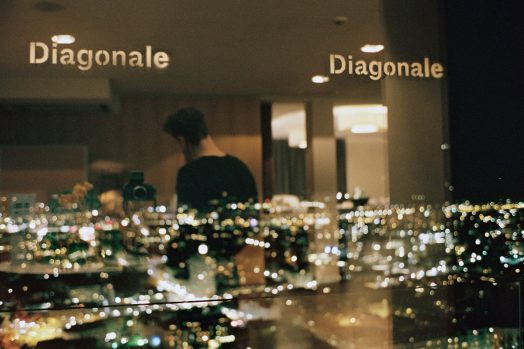 Every spring, the Diagonale concentrates Austrian film in six highly focused festival days. There’s no algorithm behind the program – it’s hand-crafted, and thus subject to error and enthusiasm. With steadily growing popularity for more than twenty years, the Diagonale has been consolidating its position as a regionally based festival that in an intense cooperation of industry and audience also attracts ever more international attention.

Embedded in the Styrian capital, year after year the Diagonale devotes itself to the joyful exploration of Austrian film. As a hub of diverse opinions, it’s base is in the exchange, encounter, and dialogue in and around the halls of the festival cinemas in Graz.

Emanating from the Diagonale festival district around the Kunsthaus Graz and against the backdrop of the Styrian capital, the Diagonale is a site for concentrated film viewing, informal meetings, and creative, film industry, and cultural discourse, and – last but not least – buoyant, exuberant celebration. International guests from the film branch and press, as well as local visitors to the festival, appreciate the Diagonale’s extensive and representative offerings.

At the center of the complex program is the film competition. With an exciting mix of established and new names, it offers the chance to make unexpected discoveries and grasp the diversity and vibrancy of Austria’s current film landscape.

There’s a lot to discover in Graz.
In the cinema, on the screen, and beyond.