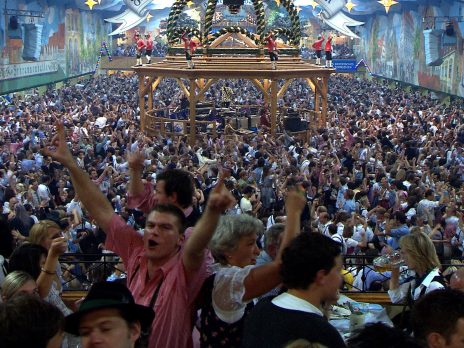 With Abendland, Mr. Geyrhalter has created a portrait of an “imagined community” that’s readily recognizable as Europe. It’s easy at least to guess what he has in mind by combining shots of surveillance cameras and border fences with culturally specific blowouts like Oktoberfest: that the different nationalisms often seen to have defined and nearly destroyed Europe – and are here evoked by images of singing Bavarians in lederhosen – have been supplanted by a Europe that is itself an imagined community. (Manohla Dargis, New York Times)