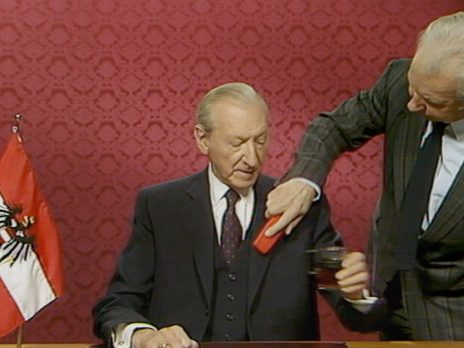 In 1986, shortly before the Federal presidency election: in a retrospective view, Ruth Beckermann looks at the beginning of the “Waldheim affair,” which marked a turning point in Austrian postwar history, and nearly toppled the Second Republic’s doctrine of being merely Hitler’s victim. A docu­mentary essay, compiled of collected archive mate­rial and newly found personal recordings; on indi­vidual and collective remembering and forgetting.