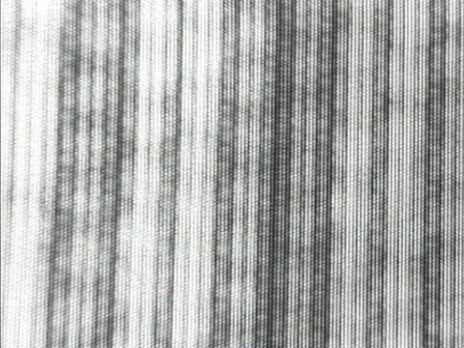 On a white image field we see horizontal and vertical lines surface; they alternate at first, then overlap, waning then waxing. All the while, the soundtrack, far from playing a subordinate role, is equally as powerful (and just as intangible) as the images themselves.