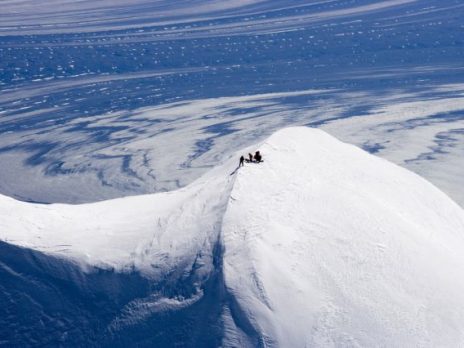 Driven by visions of the longest ski-run in the world, and the overcoming of human and personal limits, three of the world’s best alpine skiers are drawn to the summit of the temperamental and inhospitable Mount St. Elias. The picture book panoramas of the snow-covered giant only momentarily distract from the pitfalls and dangers of the daredevil escapade. On the mountain there are no second takes – every moment, every take could make the difference between success and disaster, between life and death.