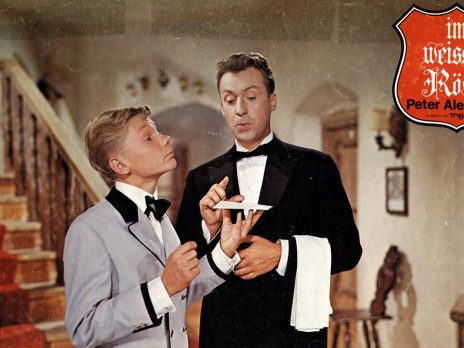 When it’s high season at the “Weißes Rössl,” it is head waiter Leopold Brandmeyer’s job to detract the guests from the chaos and please them with his multilingual persuasion and a witty song on his lips. His only weakness is his love for his boss, Josepha Voglhuber, who doesn’t want anything to do with her underling and instead hopes to land in the arms of a lawyer from Berlin. After the lawyer’s arrival, Leopold takes action and doesn’t shy away from using even devious methods to win the heart of his beloved.