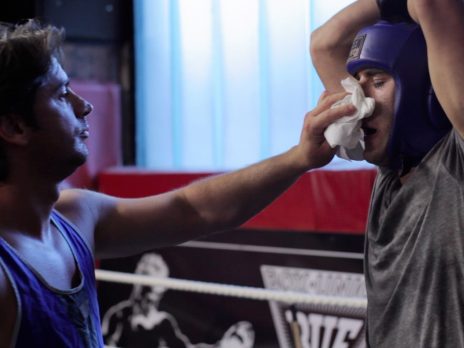 Ibo is twenty-six and battling: against getting older, and in the boxing ring. For six months, Vedran Kos accompanies the energy-draining preparations for Ibo’s first amateur fight. The camera is there as fists fly when sparring, but also when (self-)doubts arise in his private life. Milieu film meets skillful portrait of an athlete: an attempt at finding one’s self against all esotericism.