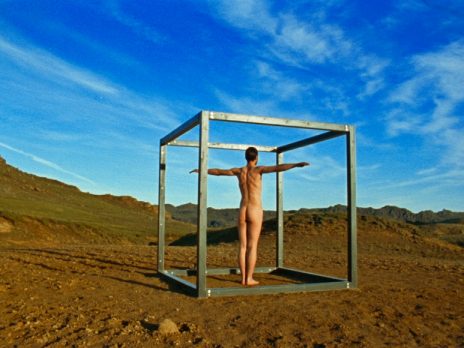 Nature as a space for projection and exploration. Nature as a workspace. For three months Albert Sackl’s camera recorded one image every three minutes. Coincidence and precision. As the film progresses, we see people and objects occupying the initially untouched, merely cinematically deconstructed landscape: a hand, a cube, an act. They too become a projection surface, a film screen and creative space.