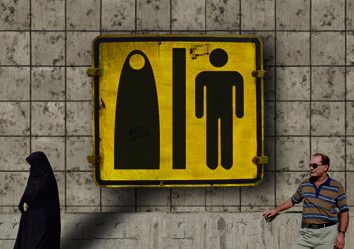 In Iran, the legal penalty for adultery and sex outside of marriage for both men and women is whipping and stoning. However, a kind of loophole makes it possible for couples to get around the law. The so-called “temporary marriage”, a Shiite tradition, is a temporary betrothal which can last an hour or even up to 99 years. Using three protagonists, Sudabeh Mortezai investigates the controversy of this ever-changing phenomena between legalised prostitution and personal choice. Religious dogma meets a kind of macho sentimentality and female sense of realism.