A cooperation of the Diagonale with Schauspielhaus Graz 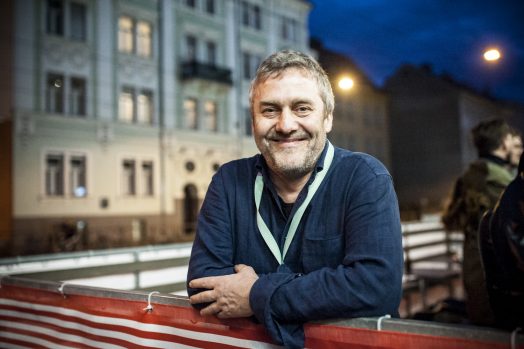 He’s a carpenter, theater and film director, and a driven man in the positive sense, a “maverick of Austrian cinema” (Alexander Horwath): Ludwig Wüst is among the most unusual figures in the local auteur film branch. His most recent film DEPARTURE (AUFBRUCH), which will open March 8, 2019 in local cinemas, celebrated its world premiere in the Forum of the Berlinale 2018, before its Austrian premiere at last year’s Diagonale. In a first-time cooperation with the Schauspielhaus Graz, the Diagonale’19 will now trace the diverse oeuvre of this veritable exceptional phenomenon Ludwig Wüst: Theater, Cinema, Wood – an In Reference tribute in three parts.

In addition to his work as a film director and theater maker, Wüst also appears as a skilled carpenter. These three roles frequently intertwine in his creation, and often the fields function as communicating vessels. Thus, the Diagonale’19 will not only screen selected films by Ludwig Wüst and shed light on his approach to film and cinema with an international short film program that he has curated, but will also focus on work with the material wood and on the “boards that mean the world.”

The festival of Austrian film will embark upon new territory in doing so, with an extensive cooperation with the Schauspielhaus Graz: On Thursday, March 21, 2019, Ludwig Wüst’s staging of August Strindberg’s Fräulein Julie will celebrate its premiere in HAUS EINS of the Schauspielhaus Graz. This evening at the theater features a prominent cast: Gerhard Balluch, shooting star Julia Franz Richter (a. o. L’ANIMALE by Katharina Mückstein, Trakehnerblut by Andreas Herzog and Christopher Schier), and Margarethe Tiesel (a. o. Paradies: Liebe by Ulrich Seidl, Das ewige Leben by Wolfgang Murnberger). With these last two cited, central roles are taken on by two actresses who could recently be seen not only in highly acclaimed stage productions, but also in films by directing greats such as Ulrich Seidl and Katharina Mückstein. Presales for the exclusive premiere of Fräulein Julie in the staging by Ludwig Wüst in the context of the Diagonale started on January 15!

The Diagonale’19 tribute Theater, Cinema, Wood is framed and completed by a lecture on wood for fans and filmmakers. Like in Wüst’s films, layer after layer is removed to expose the hidden, beautiful, and obscure. A special program for all the senses!

The tribute receives a further extension to its program with the presentation of the art book “HOLZ, THEATER, FILM – Die Arbeiten von Ludwig Wüst,” published by Album Verlag, for which the editor, initiator, and designer Claudia Siefen-Leitich gathered together manifold sketches, texts, and photos from Wüst’s private archive. 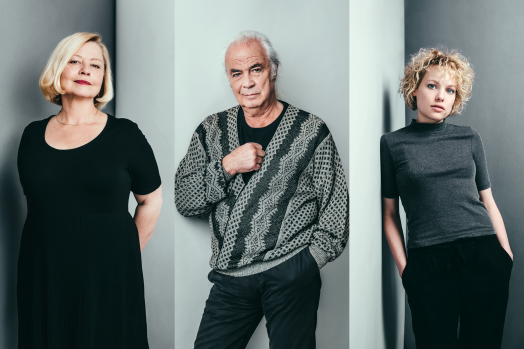 The presales began on January 15, 2019. Discounted tickets can be purchased with a Diagonale accreditation. More on this here and here.
— Date: March 21, 2019, 7.30 p.m., Schauspielhaus Graz, HAUS EINS

Fräulein Julie, the young daughter of the earl, attempts to assert herself as an emancipated woman, in opposition to the reigning Zeitgeist. With the house servant Jean, who is already in a liaison with the cook Kristin, she embarks upon a disastrous night in which gender roles are suddenly reversed. From the seductress to the fallen one – Julie is driven into the cliché victim role, from which the only known escape is a tragic one.

Ludwig Wüst stages the chamber play by August Strindberg as a new experimental arrangement, as a “vampire game” as he calls it: As a revived spirit, the young Julie haunts the elderly couple Kristin and Jean. Every year on midsummer’s eve, the dead who live in an old wooden coffin in the attic of the former manor, awaken from their deep slumber to live out their tales of passion, again and again.

“The utopian reservoir of the evening is found in the opportunity to act in ways other than the ordinary in conflict scenes, to become stuck in old behavioral patterns, or to fatefully recognize that there is no way out of one’s own story. In the course of this night, Fräulein Julie has the opportunity to rewrite her story.”
——— Ludwig Wüst on his staging of Fräulein Julie

“Ludwig Wüst is a film and theater director and carpenter. The Diagonale has devoted the first major tribute to him. As theater maker, but also as film fan, it is of great interest to me, to enable for the first time, as partner of the Diagonale film festival, an exceptional staging with ensemble actors at HAUS EINS, the large stage of the Schauspielhaus Graz: Under the direction of Ludwig Wüst, Julia Franz Richter, Margarethe Tiesel, and Gerhard Balluch act in August Strindberg’s Fräulein Julie in the translation by Peter Weiss, a unique theater experience.”
——— Iris Laufenberg, Managing Director, Schauspielhaus Graz

Music
Yury Revich, who plays on a Stradivari from the Goh Family Foundation

— Egyptian Eclipse (Ägyptische Finsternis, D: Ludwig Wüst, AT 2002)
The description of an odyssey without a return home, based on Ingeborg Bachmann’s novel “Der Fall Franza“. Ludwig Wüst’s debut film has not yet been shown at the Diagonale. Afterward will be a book presentation on Wüst’s creation by Claudia Siefen-Leitich: “HOLZ, THEATER, FILM – Die Arbeiten von Ludwig Wüst” (Album Verlag)
— My Father’s House (Das Haus meines Vaters, D: Ludwig Wüst, AT 2012)
With My Father’s House, Wüst solidifies his international reputation as an uncompromising and exceptional filmmaker. Filmed with a hand camera in a nearly single take, a return home becomes a search for clues with an uncertain goal. Following the screening will be a Diagonale im Dialog talk with Stefan Grissemann.
— DEPARTURE (AUFBRUCH, D: Ludwig Wüst, AT 2018)
A carefully staged masterpiece, a film about looking at one another and being human. Special screening on festival Sunday, on the occasion of the opening in the cinemas on March 8, 2019.
— Short film program “Mavericks”
An international short film program curated by Ludwig Wüst offers insight into the creative work of filmmakers whom Wüst appreciates and admires. In this, focus is decidedly on cinema beyond the mainstream. Ludwig Wüst as movie buff, as cinema goer, as fan.
——— Menk (D: Artavazd Pelechian, AL 1969)
——— L’homme atlantique (D: Marguerite Duras, FR 1981)
——— Earth of the Blind (D: Audrius Stonys, LT 1992)
——— Paper Route (D: Robert Frank, US 2002)

The films by Ludwig Wüst, who learned the carpentry trade more than thirty years ago, always tell in passing of his love for wood and the work with this eminently sensual material. Wüst’s belief in the magnificent creative possibilities is also reflected in his works in wood. The lecture invites interested persons to contemplate a craft that will likely soon disappear. Information on registering for the event will follow closer to the time of the festival.

Born in Bavaria, has lived in Vienna since 1987. He studied acting and singing at the University of Music and Performing Arts. Since 1990, he has worked as director, author, and actor and has created more than forty productions for theater and opera in Vienna, Leipzig, Berlin, Munich, and Frankfurt. He has been a filmmaker since 1999.