Andi Winter, who’s that? A phantom? By no means. In the Spotlight on series, the Diagonale highlights distinctive personalities in Austrian filmmaking. With Andi Winter, Spotlight on turns to an integrating figure from the supposed second row, and his multidisciplinary oeuvre. Winter works as projectionist, cutter, color grader, cameraman and assistant, actor, director, and networker in productions of various sizes and orientations. He has thus worked and continues to work for and with major players in the branch, such as Ulrich Seidl, Martin Gschlacht, Johanna Moder, Gerald Kerkletz, Johann Lurf, and many more.

In this sense, Spotlight on is mainly a dialogue-based platform in 2017, which starting from the person of Andi Winter opens in various directions and brings together polyphonic positions. The program reveals that the Austrian film microcosm often revolves around integrative multi-talents such as Andi Winter, who are still little known among the general public. Spotlight on 2017 – a “working class” spotlight. All of the programs will be set in context by more substantial talks with the host Anna-Katharina Laggner, Andi Winter, and film guests. 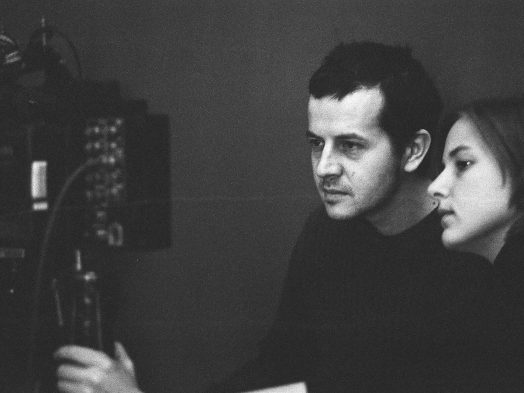 Andi Winter, the observer
With Händl Klaus’s März (AT 2008), which premiered in Graz already in 2009, the Diagonale will show a “returnee” as it were. The directing debut by director Händl Klaus, who presented his second major feature film Kater (AT 2016) at the Berlinale last year, was also Andi Winter’s first close collaboration with cameraman Gerald Kerkletz. The plot follows the final night in the life of three young men. They light up a last cigarette before preparing the car that they borrowed from one of their fathers with a tube and adhesive tape, start the motor – and inhale. Without a sign, reason, or departing words, the three friends exit seemingly secure lives that were nonetheless flawed. From the perspective of a cautiously insistent camera, like the relatives, we too are missing the big picture: it is no longer possible to say what led the three dead men to make this move. 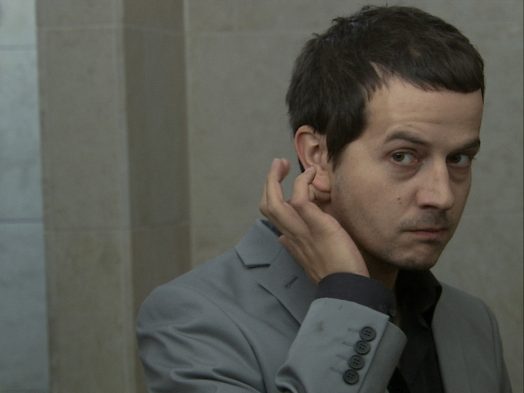 Andi Winter, the actor
The prize-winning feature film Rimini (D: Peter Jaitz, AT 2008) also premiered at the Diagonale 2009. Alex, played by Andi Winter, comes to the realization that other ways of life might also be valid. Rimini is thus a film about crises of masculinity, using spliced in cell-phone videos to deal with the difficulty of capturing contemporary characters. Particularly remarkable in this context is Winter’s original, laconic acting. As Thomas Mang explains in his critique, “Author and director Peter Jaitz sends his driven characters into the fight for their existence with utter ease. In doing so, the film always uses its means sparingly – as do the actors. With gestures alone, and not a lot of talking, Andreas Winter as Alex conveys extreme vacuity and boredom onto the screen” (SR-online.de). Also to be seen in this program: the music video Killed by 9V Batteries – Fur with Andi Winter (D: Robert Oberrainer, AT 2010).

Andi Winter, the networker
“Friends of Friends of Friends – Film, Cinema, Network,” one slot of the Spotlight on series is committed to networking in Austrian filmmaking, that is, the question of how many cogs mesh to realize a film. For this, two music videos meet the little known short film Blackstory (D: Stefan and Christoph Brunner, AT 2012), whose crew list reads like a who’s who of the contemporary film branch.

Andi Winter, the projectionist
The collective program “Cinema” opens self-referentially in the truest sense. Andi Winter’s miniature Ich lege mich selbst ein/Rollentausch (AT 2008) – the film he used to apply for the Filmakademie Wien – is the impulse for a diverse film program that aims at one thing above all: to portray and reflect on cinema from various viewpoints, but always from the perspective of Andi Winter – from experimental works (camera assistant/additional camera) through to music videos and short feature films (director and colorist). A projectionist goes to the movies.

Lecture and appearance in the competition
What color is Austrian film? Andi Winter will give a talk in the context of the Diagonale ’17 dealing with this central question, offering insight into the rarely discussed field of color grading. Premiering in the documentary competition is RELATIV EIGENSTÄNDIG (D: Christin Veith, AT 2016), a film that Andi Winter helped shape not only in terms of coloring: for three years, cameraman Winter and director Christin Veith handed out cameras to young people at a private high school and a junior high. RELATIV EIGENSTÄNDIG accompanies the growing up process of a generation that moves between their dreams and a sometimes much too sober reality. RELATIV EIGENSTÄNDIG is the first work for which Winter was the primary visual director. Andi Winter’s complete film list will be published at the program press conference in mid-March.

Andi Winter was born in St. Pölten in 1976. He first worked as a musician, and became involved in the production of music videos and projections for theater. Since 2003 he has been a projectionist at Top Kino, later for the Viennale and Diagonale film festivals. Since 2004 he can be found on film sets as cameraman and assistant, digital imaging technician, actor, etc. Since 2006 he has worked as a freelance colorist in film post-production.