The Diagonale’18 opens with a brilliant court film, a thriller. Graz 1963. The prestigious local politician and large-scale farmer Franz Murer is on trial for serious war crimes. The evidence is overwhelming. But in the centers of power, the desire is to finally bring a close to this dark chapter in the country’s history.

Based on the original documents from one of the greatest judicial scandals in the Second Republic, director Christian Frosch traces the case of the prestigious Styrian politician and large-scale farmer, who from 1941 to 1943 as “Butcher of Vilnius” was reputedly one of the key protagonists in the murder of the Jews in what is today the Lithuanian capital.

Upon Simon Wiesenthal’s juristic intervention, Franz Murer was first brought to trial in Austria in 1963. Survivors of the Shoah arrived to testify and effect justice – in vain. In spite of the overwhelming body of evidence, the trial ended with an acquittal.

The opening film recounts this trial with seventy-three speaking roles in dense passages, and Frank Amann’s camera generating a persistently intense closeness. In background sequences and parallel threads playing out in the surroundings of the trial, he combines the agitators – perpetrators, victims, observers – to a shocking post-Nazi portrayal of an era, in which, in a loose quotation of Hannah Arendt, facts are dealt with as though they were negligible opinions. Terrifying how topical this all seems.

From the work on the film Murer – Anatomie eines Prozesses, director Christian Frosch proffers the dismal summary: “Austria has no soul and no character. Austria consists of perpetrators, spectators, and victims.” Frosch goes on to explain: “Rather than retelling the crimes of the Nazi regime for the millionth time, with the Murer war trial I was more interested in looking closely and comprehending how these groups, each with a fundamentally different character (perpetrator, spectator, and victim) constitute(d) the Republic of Austria. The most exciting thing is that here you can see how the Austrian national narrative worked and still works. In no way is it based on repression. The lying, obscuring, distorting, and controlling occurred knowingly. Only in this way could the perpetrators be turned into victims, and the victims be declared the actual guilty party. This process is not based on an emotional defect, but rather, calculation. We have to depart once and for all from the idea that the ‘patient‘ Austria merely has to integrate the facts into its consciousness in order to introduce a healing process. The facts were and are known.” In this, he does not consider Murer – Anatomie eines Prozesses a historicizing film, but rather a politicizing film, which is about making the controversial material “speak” as authentically as possible.

A coproduction by Prisma Film (AT) and Paul Thiltges Distributions (LU) 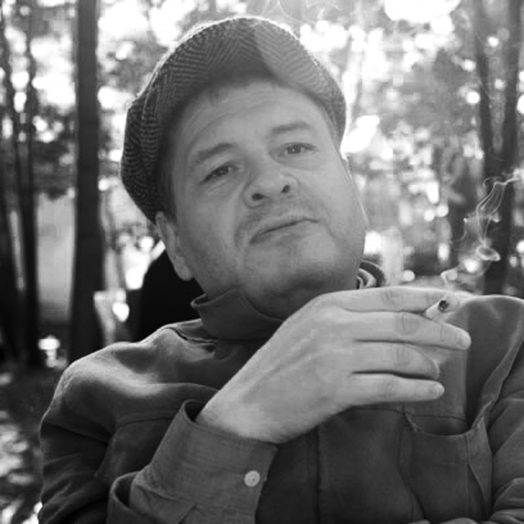 Christian Frosch, born in Waidhofen an der Thaya in 1966. Training in photography at die Graphische, Vienna. Studies at the Film Academy Vienna and the German Film and Television Academy Berlin (dffb). The producer, screenplay writer, and dramatic advisor was awarded the Diagonale Audience Prize in 2015 for the film Von jetzt an kein Zurück (AT/DE 2014). In 2005, also at the Diagonale, he received the Carl Mayer Screenplay Prize for the treatment “Vanitas”.