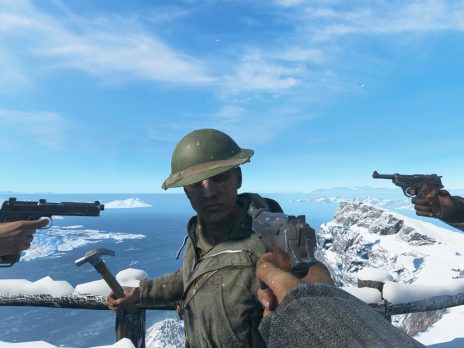 What are deserters? In “Battlefield V,” a tactical shooting game that becomes the backdrop for this question, the answer is obvious—they’re the ones that leave the bounds of the game and thereby renounce their right to participate. They’re annihilated. This anti-war essay examines the ambivalent and complex role of military deserters based on an original peace performance.