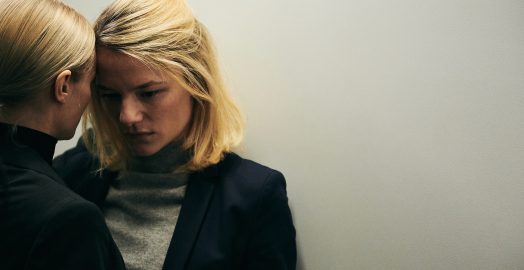 A film that gets under the skin: Marie Kreutzer’s new feature film Der Boden unter den Füßen (The Ground Beneath My Feet) will open the Diagonale’19 on Tuesday, March 19th. Der Boden unter den Füßen is a daring film and major cinema that takes a great risk and precisely in doing so, is incredibly beguiling and fascinating – mainly because Der Boden unter den Füßen presents a turning point in the oeuvre of the Graz-born filmmaker Marie Kreutzer (Was hat uns bloß so ruiniert, Gruber geht, Die Vaterlosen, among others). The magnificently drama about two sisters who could not be any more different, captivates by virtue of its serious, melancholic, and at the same time subtle tones and reveals new nuances in Kreutzer’s work.

Following its world premiere at the competition of the Berlin International Film Festival, Der Boden unter den Füßen celebrates its official Austrian premiere at the Diagonale’19 and thereby rings in the 22nd year of the festival in Graz.

Marie Kreutzer back in Graz

For Marie Kreutzer, the opening film means a special homecoming to the festival of Austrian film. Already eighteen years earlier, Kreutzer celebrated her Diagonale debut, which would lead to steady visits back to Graz: Her first appearance in the program was with her first short feature film Cappy Leit (AT 2000) in 2001. In 2007, Kreutzer was awarded the Thomas Pluch Script Prize for White Box (AT 2006). In 2011, she was then awarded the Grand Diagonale Prize Feature Film for her first full length feature, Die Vaterlosen (AT 2011). As with Der Boden unter den Füßen, Kreutzer already worked back then with the camera woman Leena Koppe, who was honored with the Diagonale Prize Cinematography for Die Vaterlosen. In addition, the film was also honored in both acting categories (Marion Mitterhammer and Johannes Krisch). Marie Kreutzer also presented subsequent works in the context of the Festival. In 2015, the Diagonale screened Gruber geht (AT 2015), in 2017, the TV comedy Die Notlüge (AT 2017) and the motion picture Was hat uns bloß so ruiniert (AT 2016).

“With the world premiere of my first short film in the legendary Augarten cinema, my relationship to the Diagonale began. It has been a long and passionate one, and as it is important in nurturing long-term relationships, once in a while, a new thrill is pleasing. Being allowed to open the festival is definitely just such a thrill! And then to do so with Der Boden unter den Füßen, which people react to so unpredictably, emotionally, and also distraught, in a way that is unlike any of my films until now. The evening will be an exciting one for me!”
—— Marie Kreutzer

“Cinema! That’s precisely what Der Boden unter den Füßen is. The uncompromising devotion to cinema and to a way of storytelling that does not satisfy itself with the meaning, but instead, is inscribed formally and aesthetically in every image in the film. So as to sharpen the gaze of the audience. To accentuate the inner-film reality of the protagonists. Marie Kreutzer takes great risks and also expects quite a bit from the audience – that is refreshing, soothing, and a bold step out of the comfort zone. Der Boden unter den Füßen is definitely an aggressive film, in any case, one that we not only fight for, but also take a clear position on! For the art of cinema!”
—— Sebastian Höglinger and Peter Schernhuber

The successful business consultant Lola (Valerie Pachner) is constantly on the go and has her personal life as well as her career completely under control: an intoxicating jet-set life between hotel lobbies, meetings, business dinners, and a secret affair with her boss Elise (Mavie Hörbiger).
A suicide attempt by her older sister Conny (Pia Hierzegger) shakes up Lola’s brutally structured life, in which she is also uncompromising towards herself. In her film, Marie Kreutzer explores sophisticatedly and unpredictably the eternal question of how much space family structures should and must be allotted in one’s life, without ignoring one’s own needs or shirking responsibility. Shot on 35mm film, Der Boden unter den Füßen thus renders homage to cinema, which like no other medium is capable of shifting, tilting, and momentarily dissolving the levels of reality, (wish-)dream, and madness. Rushing between optimizing self, the process, and profits. On the desperate search for one’s promise of happiness.

An outstanding ensemble of actors

With the once again magnificent Valerie Pachner (among others, EGON SCHIELE – TOD UND MÄDCHEN, Vor der Morgenröte, JACK, Bad Luck) and also featuring Pia Hierzegger and Mavie Hörbiger in major roles, Marie Kreutzer gathers a strong assemble of woman actors in Der Boden unter den Füßen who authentically present this disturbing and yet sensitive film. A film that pays due attention to a person’s psychological state in a (self-)exploitative world. 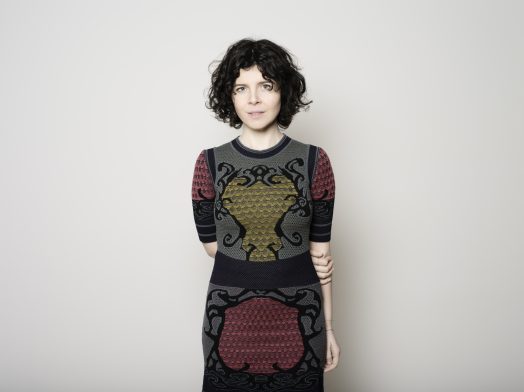 Marie Kreutzer, born 1977 in Graz. Studied screen writing and dramaturgy at the Film Academy Vienna. Since 2007 member of the board of the drehbuchVERBAND Austria and the drehbuchFORUM Wien. Since 2011, member of the project commission at the Austrian Film Institute. Since 2013 lecturer at the University of Music and Performing Arts Graz. She was awarded the Grand Diagonale Prize Feature Film in 2011for Die Vaterlosen.